Home
About Squash
History of Squash 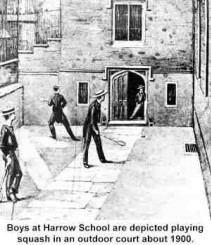 Early 19th century in the old city center of London, there is a “Fleet Prison", specializing in debt and detention violated the criminal law. How they to spend time when they felt bored? They used similar beats hitting the ball against the wall appliance entertain themselves. Squash are founded by the famous elite schools. Harrow School students invented for about 1830 years ago. So kind of hitting the wall indoor sports were invented and became popular. Because the ball hit a wall in violent issued a similar English “SQUASH", named after the sound.